The following article is based on excerts from a piece by Alexander Popp in the German publication "Sozialwirtschaft aktuell", published in March 2014. Alexander Popp is a personnel officer for the Bank für Sozialwirtschaft AG (social economic bank), and was responsible for the selection and implementation of an applicant tracking system.

Preparing for the decision-making process

Firstly, we undertook an investment consideration, taking into account parametres such as number of vacancies, number of applications, legal requirements and related documentation and retention requirements.

We then subsequently analysed the already-established recruiting processes. This analysis lead to identifying the required core functions, which the desired software had to deliver. These functions included the management of intuative applications, mass actions, automated ranking functions, corresspondance, administration of talent pools, schedule planning and archiving.

Distinctions at a second glance

Having established and catalgoued the requirements, the numerous systems available on the market were then considered. At first glance the majority of the systems seemed to fulfil the majority of the necessary requirements, albeit in varying degrees of clarity and applicability. This meant, that e.g. creating a job within a system didn't necessary mean that said job could be published automatically via the utilized channels, or that job applications accepted by email were automatically available and viewable in the system. 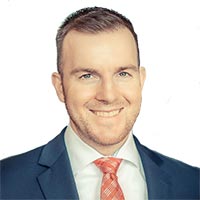 The time and effort required per job application has been reduced considerably!

As a result of the pre-selection, the representatives of six ATS system suppliers were invited to present their solutions. Several provided us with the option to test their system for a specific time frame, in order to obtain a feeling for the usability and handling of the software.

Having conducted a final evaluation of all suppliers, we finally decided on the rental version of the applicant management software rexx Enterprise Recruitment from rexx systems.

After just a few weeks of going live, the positive effects of the system are already discernible. Right from the start, the process was supported and adopted by all internal applications. Through automatically sent acknowledgments of receipt as well as the possibility of mass activities, such as the simultaneous transfer of several applications within the system to the appropriate line managers, the time and effort required per job application has been reduced considerably. This has thus enabled us to invest more time in issues such as Employer Branding and Individual Recruiting Strategies.

References from rexx systems in the banking and financial sector also include:
Wüstenrot Württembergische