The need for diversity management has become widely recognised by companies. It is the answer to the challenge of integrating people from different backgrounds, cultures and genders into teams to ensure that they can contribute to the success of the company.

The coronavirus crisis has highlighted the need for foreign hospital and nursing staff. But this is not new. "We would not be able to continue without our Syrian colleagues," hospital doctors said. An article by Deutschlandfunk Kultur entitled "Some thought we came from the jungle" recalls how the first 10,000 well-trained nurses from South Korea arrived in Germany in 1966. Many more followed, but many of them also went back. At that time, of course, there was no diversity management – at least not in terms of an official name. There was, however, willingness to come together and make preparations, e.g. in the form of language courses. 30,000 South Korean women have stayed in Germany to this day and are seen as an example of successful integration in Germany.

The same applies to many children and grandchildren of so-called guest workers, some of whom now work as IT specialists and top managers.

A growing number of German companies are tapping into or want to tap into the potential of migrants and foreign skilled workers. It should not be forgotten that according to Destatis, 26 percent of the people living in Germany have a migrant background. Many of them are now very well integrated and make use of the training opportunities offered in Germany. Much has already been achieved, for example, by promoting Islamic religious education. However, there are always discussions and setbacks related to the question as to who is the appropriate contact person for this type of education. In general, German society has become more open to diversity in recent decades.

Education as the key to intercultural understanding

No matter how well educated they are, they are often still denied. This seems to be changing quickly, however, especially with respect to higher-skilled professions. The higher the level of education, the more successful the integration, irrespective of ethnicity, skin colour or religious affiliation, which in turn removes many of the disadvantages of self-imposed segregation and feelings of marginalisation.

While foreigners may not be paid less than German workers by law, they often bring in qualities that go beyond the objective of filling a vacancy – such as different ways of thinking, which can be useful to companies. This is why cultural diversity management is becoming increasingly important.

What are the benefits of diversity management?

Beyond being trendy, diversity management brings concrete benefits to companies. A diverse team is more innovative and creative. Individuals from different backgrounds bring a range of different talents, skills and experiences. 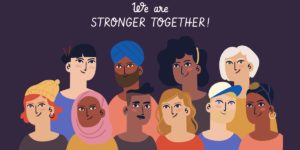 Having a variety of these attributes and traits within a team also means that employees can learn from each other. Where everyone brings a different perspective to the table, it can drive innovation.

Language barriers and cultural differences can often be an obstacle for an international company. It is always an advantage if there are employees who are familiar with the relevant national language and culture.

A company that is committed to diversity will attract a wider range of applicants to its vacancies because of its modern and attractive image. The well-being of employees also increases when they feel accepted. The better the team morale, the more productive the employees are.

This is how diversity management delivers results

HR is full of buzzwords, but diversity management and diversity are not and should not be treated as such. Instead, remember that building a diverse and inclusive organisation is something you have to work on every day. Make diversity part of your hiring process. You have to be open to take a critical look at how you assess and recruit candidates.

Make sure that management supports your goals and stands fully behind them, as dealing with a diverse culture can be challenging at times. The creation of a more inclusive organisation also requires effort. Set out clear guidelines, systems and processes. Create a culture of empathy and forgiveness. Managers need to admit mistakes and encourage others to do the same. Ultimately, it is about unlocking the potential of your employees. But the most important thing in such situations is that the managers are aware of their blind spots, that they are working on eliminating them, and that they ask themselves: "What steps must I take to create an inclusive environment?"

To follow up on the general advice offered above, here are some concrete steps:

Start with recruitment. Make sure your hiring policy promotes and embraces diversity. To do this, you need to overcome the bias in the assessment and interview process. Put your previous processes to the test and ensure that the candidate selection process is free of prejudice and bias and that candidates are selected strictly on merits. Fair recruitment is a crucial prerequisite for managing diversity successfully down the line. Establish inclusive policies and practices. You must ensure that your organisation’s policies and practices are inclusive and do not favour or discriminate against any particular group of employees. It is also very important to ensure that every employee understands all the unwritten rules of the company.

Bosses and managers should encourage and be ready to receive feedback from employees and make changes if there are perceived barriers for certain groups.

Offer diversity training. Sometimes employees are insensitive to their colleagues, not because they want to be mean or discriminatory, but simply because they do not know any better. By providing diversity training to your employees, especially those in management positions, you help them understand and respect differences in religion, ethnicity, cultural values, gender and ways of thinking. Diversity training helps employees to become more self-aware, which is crucial in helping them understand their own prejudices and stereotypes. You can only improve if you understand where you are. 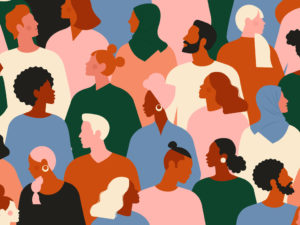 Make it easy to communicate effectively. One of the biggest challenges in managing a diverse workforce is ensuring clear and effective communication across the organisation. Make sure that cultural and language barriers are overcome when communicating with your staff. Whenever possible, have important work materials such as operating manuals translated. If necessary, use images and symbols that everyone can understand.

Language courses are a must where employees have insufficient knowledge of German. This is where acceptance must come from both sides. Following his failed stint at Bayern Munich, the midfielder star James Rodriguez clearly stated that he refused to take individual language tuition because he found Germany cold and hostile and therefore did not want to learn German at all. Tuition in small groups can be useful here because they are perceived as less intimidating, and the students can support each other.

Encourage interaction. Only by interacting with one another can different groups of people truly understand, appreciate and respect the differences that exist between them. Encourage your employees to work with colleagues who "differ" from them. One way of doing this is to create working groups that reflect the diversity in the workplace. Not only will this help your employees to get to know and appreciate one another as individuals, but it will also broaden the views and experiences of team members and help them appreciate the strength of their combined perspectives and talent. Organise parties, team building events or dinners for the entire company or individual areas. While a big company party is not a bad idea, people tend to break off into smaller groups. Smaller events with up to 20 participants are more effective as they lend themselves to more personal conversations. The best way to overcome prejudice is to encourage everyone to perceive others as individual personalities.

Various studies on diversity management (DM or DiM in short) paint a different picture of the effectiveness or "success guarantees" offered by the different programmes. According to Personalwirtschaft.de, the Boston Consulting Group (BCG) surveyed 16,500 employees from various sectors across Germany to examine the effectiveness of 31 diversity programmes for its study "Fixing the flawed approach to diversity". According to this study, 98 percent of companies are now pursuing such programmes. According to their own assessment, however, only one in four people felt that they benefited from them, and women in particular thought that they were discriminated against.

Handelsblatt quotes a recent McKinsey study that showed that the likelihood of achieving above-average profitability as a result of such programs has increased from 15 to 25 percent internationally since 2014.

Germany still has some catching up to do in terms of equal opportunities.

According to a recent survey, young people in particular are interested in the attitude of companies towards diversity issues, such as employer branding. In many cases, foreigners and migrants are also ideal candidates for foreign assignments, especially if they speak the respective national language and understand the mentality.

Large companies are often ahead of medium-sized and small companies. According to the newspaper Die Welt, 35.4 percent of the board members of DAX30 companies held a foreign passport in 2019, which is a new record. According to Statista, however, at 14.7 per cent, the percentage of female representation in DAX companies is not even half of that. Handelsblatt quotes a study by Global Digital Women (GDW) and the European University of Flensburg, according to which diversity has an impact on digital competence and women in management positions even increase the companies' ability to compete.

Women in this country still often feel held back in their careers because they can have children. The coronavirus pandemic has shown that working from home is compatible with balancing family and career for both men and women. Diversity management also means promoting work-life balance and working from home and giving "new" parents a helping hand in terms of childcare, which is still inadequate in Germany. This also applies to extending parental leave to fathers, as the take-up is still quite low in Germany compared to Finland. Many women with children would like to work part-time. This may be possible in terms of mobile care services, but not in a hospital setting. Depending on the specialist area, the clinics already have enough problems recruiting doctors within Germany. Regarding nurses, the situation on the domestic labour market is even more dire. That is why recruitment abroad is becoming increasingly important.

The advantage of skilled workers from abroad is that they can often get on board faster than their domestic counterparts due to shorter notice periods, at least in theory, as long as there are no language barriers. Dr Holldorf recommends technical support for pre- and onboarding.

Cultural diversity management naturally also includes talent management, not only to recruit foreign specialists, but to retain and tie them to the company as well. An important piece of advice at the end: Listen to experts and exchange views and ideas with your peers. The topic is in flux and everyone can still learn more.